“‘The old ways of working are dead’: Could Wales move to a four-day week?” 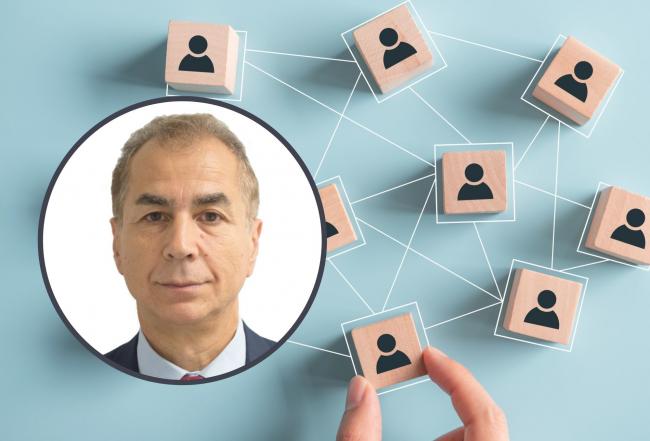 Elise Formston works full time as a sales and design apprentice, but she has a three day weekend, every week.

Every Friday is her own.

That is because the company she works for operates a four-day working week, and there are increasing calls for workers across Wales to benefit just like Elise.

Where did the idea come from?

It may seem a new idea, but back in 1930, it was the intellectual thinker John Maynard-Keynes who developed the concept of a much shorter working week. He thought that a combination of increasing prosperity and wealth, coupled with advances in technology, would ultimately lead to people working just 15 hours per week.

Around that time, companies like Ford in America and Kelloggs adopted shorter weeks and shorter shift times, believing that an improvement to staff morale would increase productivity.

Over the next few decades, however, these changes and advancements failed to establish themselves as the norm.

Why has the idea resurfaced now?

The coronavirus pandemic has forced businesses, employers and the wider economy to fundamentally re-think the rules and norms of working.

Working from home became commonplace overnight in 2020 and although many people are heading back to the office now that restrictions have eased, there are high numbers of people who will never again commute to work.

In this time of flux, the debate on the length of the working week has returned to the forefront of some business owners’ and politicians’ minds, as they look to adapt to a modern, post-lockdown Wales.

How would a four-day week work in practice?

At a box making firm Belmont Packaging in Wigan, boss and owner Kate Hulley has introduced what is known as a ‘compressed week’, where workers do 38 hours across Monday to Thursday.

“It’s going really well”, she told ITV Cymru Wales, “the factor have been doing it since 2019 and it’s been working really well and the office have just changed to it now as well.

“The staff can make personal appointments on a Friday and we’re more focussed between Monday to Thursday. As a business, we can get our outsourcing engineering crews in on a Friday so that we’re ready to start again on the Monday.

“It’s a win-win for staff and the company”, Kate adds.

According to business experts and some of the already available data from trials of shorter working weeks around the world, the move could improve productivity.

Askar Sheibani is the chair of the Deeside Business Forum and he says shorter weeks makes a lot of sense for some jobs, especially those involved in manufacturing.

“There are a lot of companies that have realised that by allowing their staff more leisure time, that their productivity increases”, he told ITV’s Correspondent Carole Green.

He says that by using technology that is already available around the world like 5G, augmented reality and artificial intelligence, that the opportunity to change working practices is within our grasp in Wales.

“Skill is the problem”, he added. “We are not upskilling our workforce. Smarter countries like Iceland and some of the Scandinavian countries, they work fewer hours and they have more holidays.

“And yet their productivity is high, their education system is good, the standard of living is high. We can learn something from these countries”.

Is there the political will for this change in Wales?

Plaid Cymru forced a debate in the Senedd chamber earlier in September, saying now is the time to introduce a four-day-week for workers.

“The old ways of working are dead, or at least that’s what I hope we can be saying by the end of this debate”, said Luke Fletcher MS.

Pointing out that many in Wales had enjoyed the flexibility of work that the pandemic had brought, he also noted that some workers had not seen the benefits that others had over the last 18 months.

“A four-day-work-week, done right, is one way to ensure that these benefits can be baked into our work practices and felt by all workers whether they be higher or lower waged”, he continued.

The Welsh Conservatives said the issue was outside the remit of devolution, describing the idea as being “not grounded in reality”.

Meanwhile, the Welsh Government said it will continue to look at the evidence surrounding the likely impact of a four-day-week on individual workers’ work-life balance and overall productivity.

The Deputy Minister for Social Partnership Hannah Blythyn MS also said the government would look at international evidence for whether a four-day working week would reduce carbon emissions and promote gender equality, but refused to commit to a pilot scheme here.

Questioned on whether a shorter working week may be something the Welsh Government may work with Plaid Cymru on as they seek a cooperation agreement on some issues, the Deputy Minister replied: “I think that’s well above my pay grade to answer that question”.

The Welsh Government must put public good, together with the environmental and social advantages of local businesses, well above the size of the corporation when it comes to scoring in the procurement system.